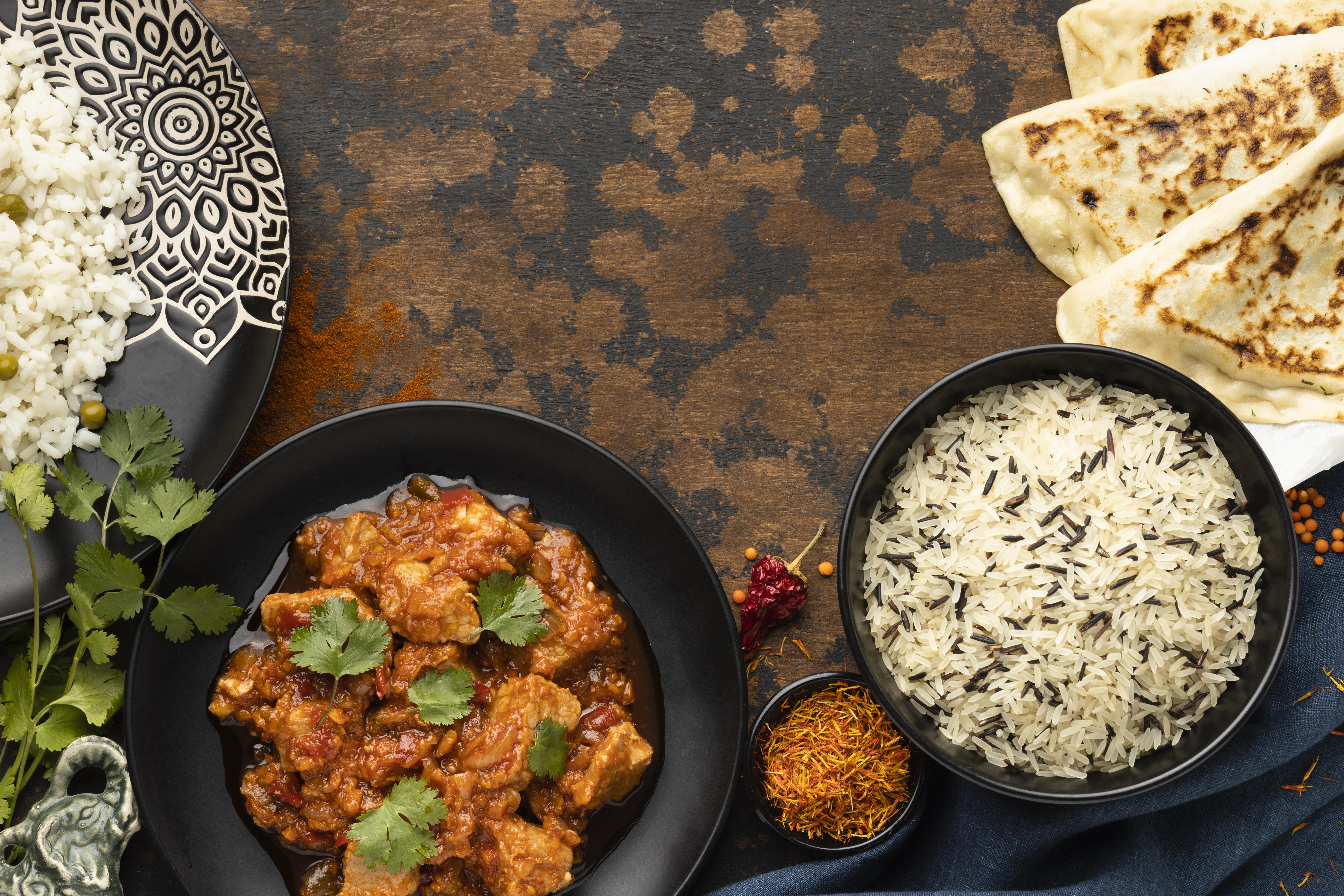 My Canadian folks, here we are discussing some common myths and misconceptions about Indian Cuisine that have kept you away from the rich taste of Indian flavours.

P.S. You are surely going to say in your mind, "I wish I didn't believe these!"

1. It's Not Indian Food If It's Not Spicy and Hot

You might've surely come across a person Who says this. And when he says this, it sounds like it's literally just going to set your mouth to fire. Although Indian food incorporates a wide array of species, that doesn't mean that it'll come out that spicy the way you might imagine.

Have you ever tried Vindaloo Curry, Mutter Paneer, or Malai Kofta? If you haven't tasted these delicacies from Indian cuisine, Have these dishes served on your dining table at Turmeric Indian Cuisine and let the rich flavors burst the myth.

Curry is unarguably a delicious add-on to any dish. Especially when you have rice on your platter, but this doesn't mean that every dish requires a type of curry to fulfill its taste. By the name curry, it simply means preparing a flavourful blend of many veggies in boiling water. Some curries, which are mainly veggie-based, can be dried off and transformed into as thick as a gravy dish. It's all about exploring the culinary possibilities. So let's end the misconception of curry dominating the platter.

3. Indian Dishes are fatty and unhealthy

You must've probably seen a rich, creamy Indian dish, and right at a first glimpse, you must've probably thought of the fat content it might've got. But in reality, it totally differs from person to person and dietary preferences. You can have your dish cooked in olive oil or coconut oil. The beauty of Indian cuisine is that it is highly versatile, so you are flexible enough to substitute ingredients with low-fat variants.

This one is way far from the truth. As India is rich in traditions and rituals, most Indians are Hindus who worship or believe in having a mythological resemblance to certain animals. Nonetheless, you can still definitely find all sorts of meat dishes in Indian Cuisine too. Some of the prominent ones are Tandoori Chicken, Lamb seekh kebab, and Tandoori Prawns which are served perfectly delicious at Turmeric Indian Cuisine.

5. Indian food is eaten with Naan or Rice

There is a wide range of bread varieties across India, and Naan is one of the most popular among these varieties. But this is not what Indian people eat on a regular basis. As Naan requires a tandoor oven, it is generally eaten outside the house. There are hundreds of bread varieties. Flatbreads like Chapati, Paratha, or Roti are often eaten daily and can be combined with different gravies and curries, Rolled, flat in layers, or even smoked and stuffed.

Like other Indian foods, our dishes at Turmeric Indian Cuisine are cooked using a fantastic blend of spices. We offer authentic Indian dishes and desserts to foodies in Victoria, BC. Stop in today and find out what good Indian cuisine is really going to amaze your taste buds.

Have a look at our menu at https://turmericvictoria.com/our-menu and Order Online.